About the Author / CV 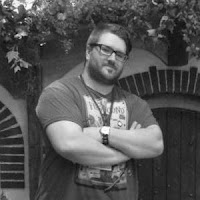 
I have been working as a freelance writer since 2003, having contributed to various online publications, magazines, books and animated television series.

As a pop culture historian, I have spent the better part of the past twenty years researching, archiving and studying the history of comic books, toys, film and television and their effect on our culture. I am also the creator of a network of popular websites that focus on legendary franchises and toy collecting, including Batman, Ghostbusters and Teenage Mutant Ninja Turtles. I have gained considerable experience in writing, reporting and interviewing as the sole writer, editor, researcher and fact checker for these websites over the past thirteen years.

I have a special and extensive insight into the comprehension, humor, interest level and engagement of young people of all ages, as the father of four children from ages four to fifteen.


A regarded authority on both Batman and comic book history, my work and I have been featured in publications, such as Total Film, SFX Magazine, Variety and Brick Journal. I have also been featured on CNN, A.M. Coast to Coast and BBC Radio along with other various books, magazines, radio shows and newspapers. I have also contributed content and editorial services to the books Holy Franchise, Batman and The Dc Comics Action Figure Archive

Scriptwriting and story lining on a new preschool, 3D animation series in production.


-→ A Secret History of Brands: The Dark and Twisted Beginnings of the Brand Names We Know and Love
-→ Upcoming Non-Fiction History Title

Curating, researching and crafting articles and lists focusing on the WWE and pro-wrestling.

-A Secret History of Brands: The Dark and Twisted Beginnings of the Brand Names We Know and Love,
November 2017, Pen and Sword Books