Frank Miller Says His Batman Movie Would Be ‘Much Smaller’ 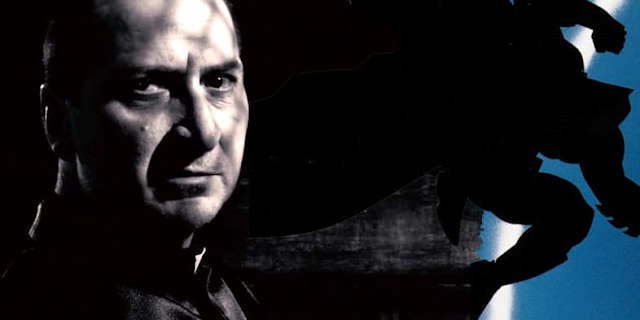 The cinematic history of Batman has been a relatively short one compared to his extensive and varied seventy-seven year comic book history. The movies have only truly been in regular production for the past twenty-seven years (off and on), with the exception of the 1966 Batman movie, which was primarily created to promote the then-new television series.

The darker version of Batman that fans have been treated to since the days of Tim Burton were largely thanks to the legendary comic book writing of Frank Miller. His grim and serious version of Batman helped encourage filmmakers to take Batman away from the “Biff, Bang, Pow” camp version of the character and drive him back into the shadows. Miller recently made comments about how he’d handle the Batman film franchise and Batman v Superman: Dawn of Justice.

Frank Miller changed the landscape of mainstream comics with his epic Batman: Year One and Batman: The Dark Knight Returns comic book series back in the mid-1980s. The ripple effect of these works have inspired countless other comic writers, artists, filmmakers and even television animators. Miller recently spoke to Variety about how he would handle the Dark Knight on the big screen:


“My dream would be to make it much smaller. To lose the toys and to focus more on the mission, and to use the city a great deal more. Because he’s got a loving relationship with the city he’s protecting. And unlike Superman his connection to crime is intimate; it has been ever since his parents were murdered. And he defeats criminals with his hands. So it would be a different take. But it will never be in my hands, because it would not be a good place to make toys from. There wouldn’t be a line of toys.” 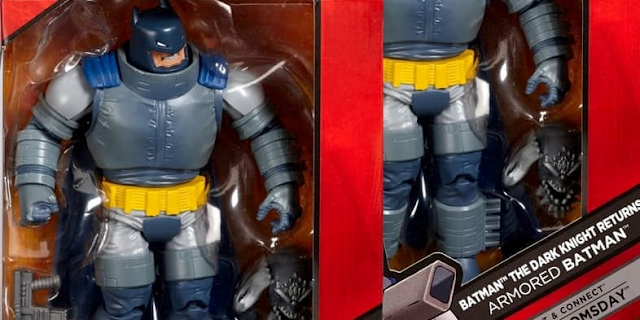 There is a serious irony to Miller’s final statement about toys. If you take a moment to visit your local Target or Walmart you will find that a large part of the Batman toy section is occupied by the Mattel DC Comics Multiverse action figures that pay tribute to the 30 year anniversary of The Dark Knight Returns. The other portion of the Batman toy section features Batman v Superman: Dawn of Justice toys, and fans will note that the armored Superman battling version of Batman from that film is directly influenced by Batman’s Dark Knight Returns armor. The influence that Miller had on Batman v Superman didn’t go beyond his notice; when Variety asked him about the film he said simply:

Miller also commented on the scrapped Darren Aronofsky directed Batman film that he was helping with and was in the works before Christopher Nolan was brought in to do Batman Begins:

“That screenplay was based on my book Batman: Year One, and yeah it was much more down to earth. In it a fair amount of time is spent before he became Batman, and when he went out and fought crime he really screwed it up a bunch of times before he got it right. So it was 90-minute origins story.”

There is a good portion of the fan base that would undoubtedly be interested in seeing Miller get a go at the Caped Crusader in live-action form. A more intimate portrait of Batman working as a detective and dealing with day-to-day crime, instead of the typical big villain scheme and battle template that we get from most films. We seem to be inching closer and closer, albeit slowly, to a better version of Batman on the big screen. Ben Affleck’s The Batman is due in 2018 and maybe he’ll forge interesting new ground. Until then, at least we have the Lego Batman Movie, right?
at October 30, 2016