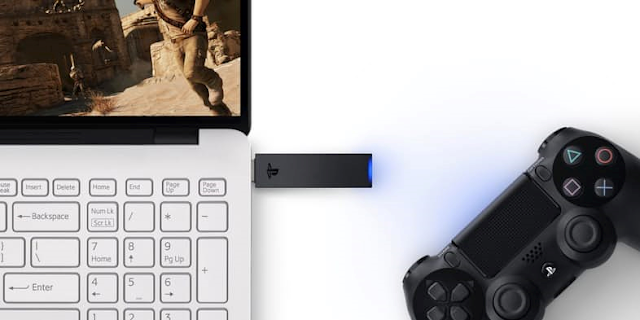 Since Sony released the PlayStation 4 in 2013, it has consistently dominated the gaming world. Never content to rest on its laurels, however, Sony is set to unveil two new versions of the popular gaming console this September at the PlayStation Neo event in New York City.

The PS4 Neo event comes just on the heels of the news that we’re also getting a highly anticipated PS4 Virtual Reality Headset, which may also find it’s way to the PC. Futhermore, it looks like an accidental reveal may have let the cat out of the bag, so to speak, on another of Sony’s newest innovations: bringing the PS Now streaming service to PC users.

A screenshot posted to Twitter (see below) today of the PlayStation Flickr account reveals an image tagline that reads “PS Now on PC Announce Post by PlayStation Europe on Flickr”. This leak spoils what is presumably intended to be a major unveiling at the PlayStation 4 Neo Event on September 7th at the New York PlayStation Theatre. In the wake of the leak, the official PlayStation blog posted a confirmation announcement about the PlayStation Now streaming service making the jump to the Windows PC, and we now have confirmation that the app will first debut in Europe and then move overseas to the United States.


PlayStation Now on the PC will give subscribers new and old access to the extensive library of over 400 games that the PS Now service currently boasts. There are also plans to bring exclusive game titles to PC from some of the more popular gaming franchises, like Ratchet & Clank, God of War and Uncharted. If you want the PS Now service on your PC you will, of course, have to meet some system requirements, like Windows 7 or higher, 2GB of ram, 3.5 GHz Intel Core i3 or 3.8 GHz AMD A10, and standard issue items like a sound card and a USB port. Your internet service will also have to be accommodating, with a minimum connection of 5Mbps (megabytes per second) required. PlayStation recommends that gamers use a wired connection for the best result.

In addition to the PlayStation Now announcement, Sony is also unveiling the new wireless Dualshock 4 remote, which will plug right in to the USB drive of any PC or MAC. The new controller will allow gamers the opportunity to experience their PC play much the same way they do with their consoles. The retail price for the remote is set to be $24.99. No announcement date has been revealed for the PS Now move to PC in the U.S., but it’s likely that we’ll get more details during the PlayStation event next month. Stay on Screen Rant for further updates.
at August 23, 2016

I have just finished work on a script for a children's animated show that looks to be seen on the BBC and other networks around the worl...