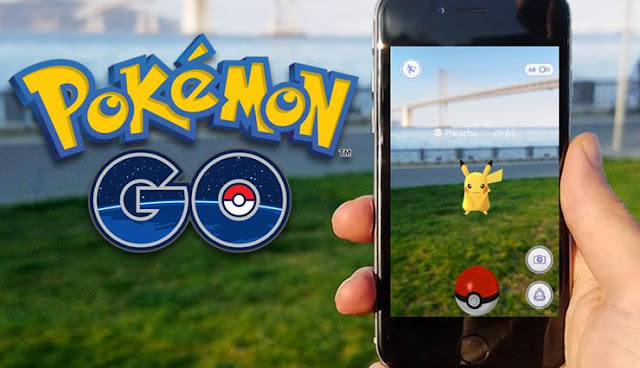 It seems like everywhere you turn these days people are talking about and playing the new augmentic reality mobile game, Pokémon Go. The game, which debuted on July 6th of this year, has taken the country and our imaginations by storm. It was expected that players would come to the game for a mixture of reasons, from fandom to nostalgia. What no one expected was the effect it would have on our culture in such a small time.

Pokemon Go has single-handedly transformed city streets and parks into safer and well-populated areas. Our towns aren’t just infested with spawning Pokemon, but also hordes of players, chasing after each catch and battling their hearts out to keep or topple the local gym. In order to find the most Pokemon and play the game correctly it requires a Poketrainer to get out of the house and actually walk the streets of their respective cities. Now, once empty streets and desolate public parks are filled with groups of people at all hours of the day and night. People that aren’t there to drink or get rowdy, but to play an innocent game. This surge of people up and out walking around is driving the criminal element away, creating safer streets and parks for us all. City leaders all over the country are finding that areas they have been trying to unsucessfully make walkable for years were literally changed overnight by Pokémon Go.

Not only are the streets becoming safer, but Pokémon Go is also revitalizing small businesses all across the country. Stories are starting to emerge detailing failing businesses that have been brought back to life thanks to exposure from a well-placed Pokestop or Gym, both of which bring in players by the dozens hourly. In one example, the Mad Hatter’s Ice Cream Store in Anacortes, Washington, was struggling to survive, but has found its business triple over the past few months thanks to walk-in traffic created by the droves of Pokémon Go players.

One of the most inspiring aspects of the game is the socialization. Not only are friends, couples and families able to bond over the gameplay and the thrill of the hunt, but more and more you find complete strangers actually making eye contact, smiling, waving and even conversing about the game. Its almost like we’re a functioning society again. In the case of one family, and many others that I’ve heard of, their autistic son began to play the game and to the delight of his parents he was showing positive emotional reactions and even conversing with other players. This was a boy that could not make eye contact or function in public and thanks to Pokemon Go he has opened-up considerably and found a way to relate to others. All this and I haven’t even mentioned the inevitable weight-loss success stories that will start popping up over the next year.

There are certainly stories that emerge here or there of someone that walked into a pond or off a cliff, even people stopping in the middle of the road or trespassing where they should not be while playing the game. In any grouping you’re going to have a few idiots, but that can’t come as a surprise with well over one hundred million downloads on the Android side alone. Of course, whenever you have people enjoying themselves, you’re bound to have a few creeps looking to rain on their parade. A Michigan couple is suing Niantic (the company that produces the game) because, and get this, they’re angry about all the people that are at the public park across the street from their house. Last time I checked a public park is just that…for the public to enjoy.

If you already play the game, keep on playing, smiling and having fun. If you’re a naysayer, who looks down on people for getting out of their house, exercising, socializing and having fun, maybe think twice before juding the droves of geeks with their noses in their phones..the gamers are helping to make your community great again.
at August 31, 2016