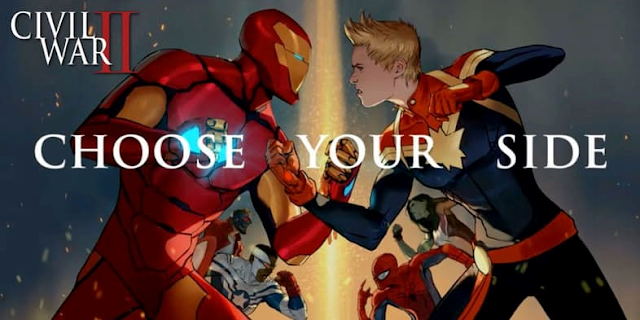 Originally Written for Screen Rant in May 2016
by Matt MacNabb

This weekend marks a lot of milestones for Marvel Comics fans.  Not only is the Captain America: Civil War movie in theaters and already making a big splash at the box office, but a special preview of the upcoming Marvel Civil War II comic book story arc was released on Saturday for the annual national Free Comic Book Day event.

We recently learned that Bruce Banner is making a comeback in the sequel event, interacting with the new Hulk. Marvel mastermind writer and creator Brian Michael Bendis recently dished to The Daily Beast about how they crafted the new Civil War II arc and what decisions went in to deciding which hero would choose each side.

The landscape of the Marvel Comics universe has changed drastically over the past few years, especially since the original 2006 to 2007 run of the Civil War story arc.  The established characters in Marvel had been around for many decades at that time, familiar faces like Captain America, Spider-Man and Thor, but today’s heroes have undergone a lot of changes and they will all have to figure out which side they believe in, as Bendis explains:

“Well, what we also got very excited about was the idea that as the story continues and more information and head-butting goes on in the seven issues, certain characters have their point of views challenged and and switch sides. The first issues have some characters thinking a certain way, but that doesn’t mean it will last until issue 6. We have in Ulysses, an Inhuman that can project the future, [questions about] his powers, their success rate, and how they work that make some heroes question what they are doing and how they are doing it. It’s very cool to have a character go ‘This is what I believe in and this is what I stand for and I will fight to the death for it.’ And then it’s also very cool to have them go ‘Well, would you fight to the death if it was this?’ and keep challenging their goals.” 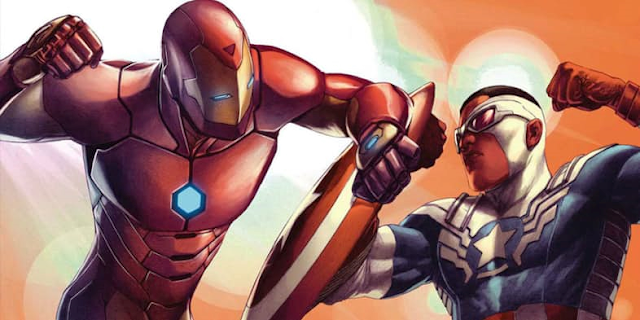 Many Marvel heroes have been all reinvigorated for a new generation. Instead of Peter Parker we now have Miles Morales as Spider-Man. Thor is no longer the Stan Lee-created golden-haired brute, but is now Jane Foster, a tough as nails woman who wields his mystic hammer, Mjolnir. Even Captain America, who was always the blonde haired, blue-eyed Steve Rogers, was recently handed over to the African-American hero The Falcon (aka Sam Wilson).

On the other hand, some mainstays are still around, namely the man of the hour, since Robert Downey, Jr. made him a staple of the cinematic universe, Iron Man. The interesting thing that Bendis makes clear is that Stark has grown since the events of the first Civil War and may have an all new approach in mind:

“What immediately struck all of us when we started working on the event was that the entire landscape of the Marvel Universe is completely different than it was in Civil War I. We had a more traditional cast then: Captain America, Thor, etc. We grew up knowing them. Now, we have Miles Morales, Kamala, and Carol Danvers. We have a rise to prominence of more diverse characters. Thor is a woman now, Captain America is African-American. Some of them are characters we know and some are brand-new but if you lay it all out, it’s totally different and that’s really exciting. The characters that are still in the regular positions, like Tony Stark, have been through a lot. He especially has learned a lot of lessons that he can now apply. [It’s him] going, ‘I learned a lot from Civil War, and Secret Invasion, and Original Sin. You know what? I’m going to come at this differently.’ It’s an event where the previous events actually affected the mindset of the characters.” 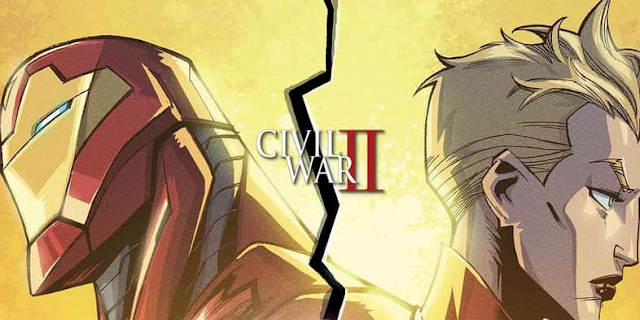 The reason that the Civil War idea resonates so well with audiences is that a lot of the themes explored within – nationalism, morality, obligation and fear – all mirror events in our actual post 9-11 world. Bendis and his crew saw the world changing again and it really drove the inspiration to create this sequel series:

“Me and Axel Alonso, editor-in-chief of Marvel, started talking—not about this event, but about the things we saw happening in the world that were unique and interesting that have not been represented in the fiction we have been writing. One of the things we were discussing was personal accountability and how fascinating it is that people are shocked that their behavior online is actually affecting their livelihood or their relationships in the real world, or how they can’t get a job because of some nasty stuff they put on Facebook three years before. It’s amazing how some people just don’t think that there is value in their words or that their words don’t matter. They think they can just type any nonsense they want and at the end add ‘just saying…’ and that makes it all OK. It’s kind of a unique thing to this generation. There has always been some form of it, but not as cut-and-dry as now.

“So when it came time to do Civil War II, that seemed like a good jumping-off point for the theme. It was different than the original one. We wanted it to be a spiritual sequel, not a beat-for-beat, here-we-go-again sequel. After that, Axel called me up and said ‘Listen, we were just talking about this behind the scenes but, would you like to do the big event? It seems like if we do this right it could be a proper sequel to Civil War.’ That sounded interesting."

The epic showdown, with teams led by Iron Man and the female Captain Marvel, Carol Danvers, is set to debut this June with Civil War II #0, which is set to be released on May 11, 2016, and run for a seven issue series, along with tie-ins in popular titles like All-New Wolverine, Deadpool, Amazing Spider-Man, New Avengers and others. We don’t know yet where everyone will stand, but a few confirmations have been made through marketing.  We know that Iron Man will be joined on his side by the female Thor, fan-favorite Deadpool and Daredevil, just to name a few. Captain Marvel will have heroes the likes of Captain America, War Machine, Spider-Man and Hawkeye backing her up.