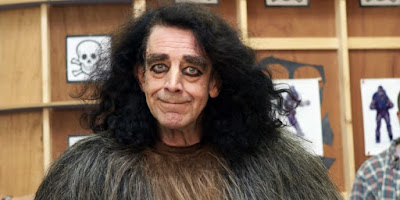 Originally written for ScreenRant.com 11/12/15
by Matt MacNabb
Back to Writing Portfolio

Star Wars fans are counting down the days until Star Wars: Episode VII – The Force Awakens hits theaters in December 2015. The film, which is the first Star Wars live-action movie produced since Disney acquired Lucasfilm, is widely hoped to signify the rebirth and new direction for the long-term success of the beloved franchise.

All of the joy and excitement that comes along with the upcoming Star Wars: Episode VII – The Force Awakens has been counterbalanced recently with the tragic stories of fans that aren’t destined to live long enough to enjoy the new film. One such fan was met with a tragic accident a few weeks back – and his best friend got a surprising letter from Star Wars legend Peter Mayhew.

Sam Miller was a seven-year old boy who was involved in a tragic ATV accident in October. Tragically, the young man was unable to recover and passed away near the end of last month. Sam’s best friend Liam had promised to go and see the new Star Wars: Episode VII – The Force Awakens with him when it hits theaters this coming December, a fact that has no doubt cast a shadow over the young fan’s excitement for the film.

In a move so classy it is deserving of note, Peter Mayhew, the legendary actor that has portrayed Chewbacca in all of the characters on-screen appearances, wrote this letter (via Mashable) to young Liam, with hopes of easing his pain in this difficult time:


"Liam,
I am sorry to hear that you won’t be able to see the new Star Wars movie with your friend Sam. I know that sometimes things happen and we can’t figure out why and all we feel is sadness. It’s important to remember the fun you had with Sam. Best friends are never really gone, they live on forever in our hearts and memories. I know that you are going to love Star Wars: The Force Awakens and I bet you make some new friends that also love Star Wars. I wish you the very best, and May The Force Be With You!
Cheers, Peter ‘Chewbacca’ Mayhew"

This was no random act of internet kindness or result of a viral hashtag campaign. It turns out that Peter Mayhew’s wife’s sister is friends with Liam’s grandmother, so the word about the situation got back to him and he decided to take action. The inspirational letter was posted to Reddit by Sam’s father two days ago via his imgur account. The letter has gotten over 218,000 views as of the writing of this article.
Sam’s older sister posted her reaction to Mayhew’s letter on the Reddit thread, as well:

“About three weeks ago, my brother passed away in a tragic accident. I’m going to spare the details, since it’s all still so fresh and heavy in our hearts. Sam was seven, and while he may have only been here for a short time in retrospect, he lived more than most adults I know. And boy, did he love Star Wars. The force was definitely strong with this one. One of his very good friends, Liam, promised to go see the new Star Wars movie with Sam on Christmas… And word of Sam’s passing got back to Peter Mayhew. This was the response. It’s amazing to see the support we have been given through this time. I know Sam would have loved to know that Chewy knows who he is.”

This story comes just days after the news that terminally ill Star Wars superfan Daniel Fleetwood passed away from the rare condition spindle cell sarcoma, but not before being granted his final wish of seeing Star Wars: Episode VII – The Force Awakens. His wish was granted thanks to the high trending of hashtag #ForceForDaniel, which was spread around by fans worldwide, and even by Star Wars legends like Mark Hamill, Carrie Fisher and Peter Mayhew. Daniel also got the chance to speak to director J. J. Abrams prior to watching the film.