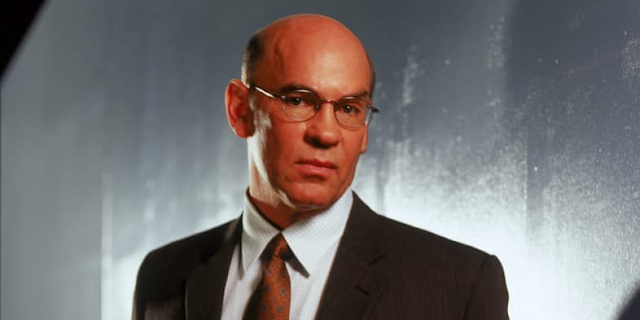 Originally Written for Screen Rant in August 2015
by Matt MacNabb

The X-Files is being revived as a six-episode mini-series in 2016, much to the delight of sci-fi fans everywhere. The details surrounding the plots and the development of the show’s long-standing characters have been trickling out in tiny portions since the revival entered production.

Gillian Anderson, who portrays Agent Dana Scully, has been Tweeting behind the scenes X-Files revival set pics all summer, keeping fans in the loop on the show’s developments. The lastest pics from Anderson has given fans a long awaited reunion between Agents Mulder (David Duchovny) and Scully with (current? Former?) Assistant F.B.I. director Walter Skinner (Mitch Pileggi).

Pileggi, who portrayed Walter Skinner in the previous nine seasons of The X-Files as well as the two feature film adaptations, was confirmed to be returning for the show’s revival by Duchovny, but it’s nice to finally see him and the series’ leads reunited on set. The comical photobomb by President Obama’s portrait in the backround seems to indicate the photo was taken at F.B.I. headquarters and we are left assuming that Skinner is still working for the bureau… and maybe even enjoying a promotion?


There is no word of F.B.I. Deputy Director Alvin Kersh returning to his X-Files role as of yet, but the obligation that actor James Pickens, Jr. has to Grey’s Anatomy these days may keep him from doing so. Skinner taking over as Deputy Director of the F.B.I. would certainly be a logical event that would further illustrate the time jump from previous seasons of the show. Skinner’s co-conspirator, “The Cigarette Smoking Man” (William B. Davis), is also coming back, though these days it may in fact be the “Vigorously Vaping Man” (which doesn’t quite have the same level of mystique). 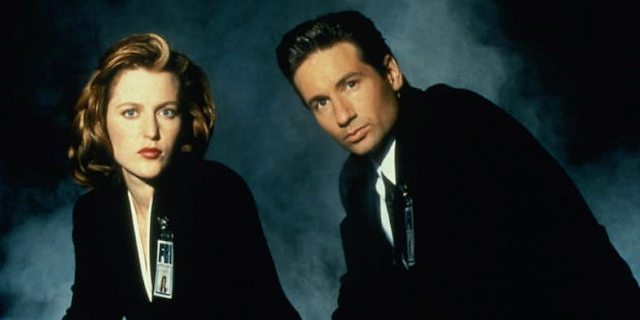 Skinner is on team X-Files nowadays, but it wasn’t always so chummy between Pileggi’s character and Agents Mulder and Scully.  Skinner, when he debuted in the first season of the series, was hard on Agent Mulder because he felt that his belief in alien life was absurd. Events slowly opened Skinner’s eyes and by the seventh season he too came to believe in life from other worlds, when he witnessed a UFO with his own eyes. Skinner initially took orders from behind the scenes forces like “The Cigarette Smoking Man”, but would end up defying his shady superiors and siding with Mulder and Scully, saving their lives on more than one occasion.

Mitch Pileggi may not have been seen much as Skinner over the past 16 years, but he has managed to land roles in several major high-profile and fan favorite shows like Supernatural, Castle, Medium, Stargate: Atlantis and perhaps his most memorable role in recent years, that of scumbag Neo-Nazi leader Ernest Darby on Sons of Anarchy (he even appeared on Grey’s Anatomy opposite Pickens Jr.). Hopefully, like the X-Files revival in general, Pileggi’s return to this small screen here will be one worth welcoming.